Future Olympia: the next 130 years.

A respectful blending of the old with the new. Repositioning Olympia as the global force in arts, entertainment and innovation.
Client
‍Yoo Capital
Deutsche Finance

Since opening its doors on Boxing Day 1886, Olympia has enjoyed a colourful history as home to exhibitions and events such as the Ideal Home show, Crufts and even Jimi Hendrix.

Yoo Capital together with Deutsche Finance are investing £1 billion of private funds to create a centre for creativity and innovation that will celebrate its heritage, whilst creating a world-class events space to be enjoyed by generations to come.

narrativ’s involvement with this prestigious project started in 2018 and continues to this day. During this time, narrativ has been tasked with finding, creating and establishing the digital tools that speak to the desired audience.

Initially this was to secure planning permission, then raise private funding, generate public engagement with the project and most recently to acquire key tenants. 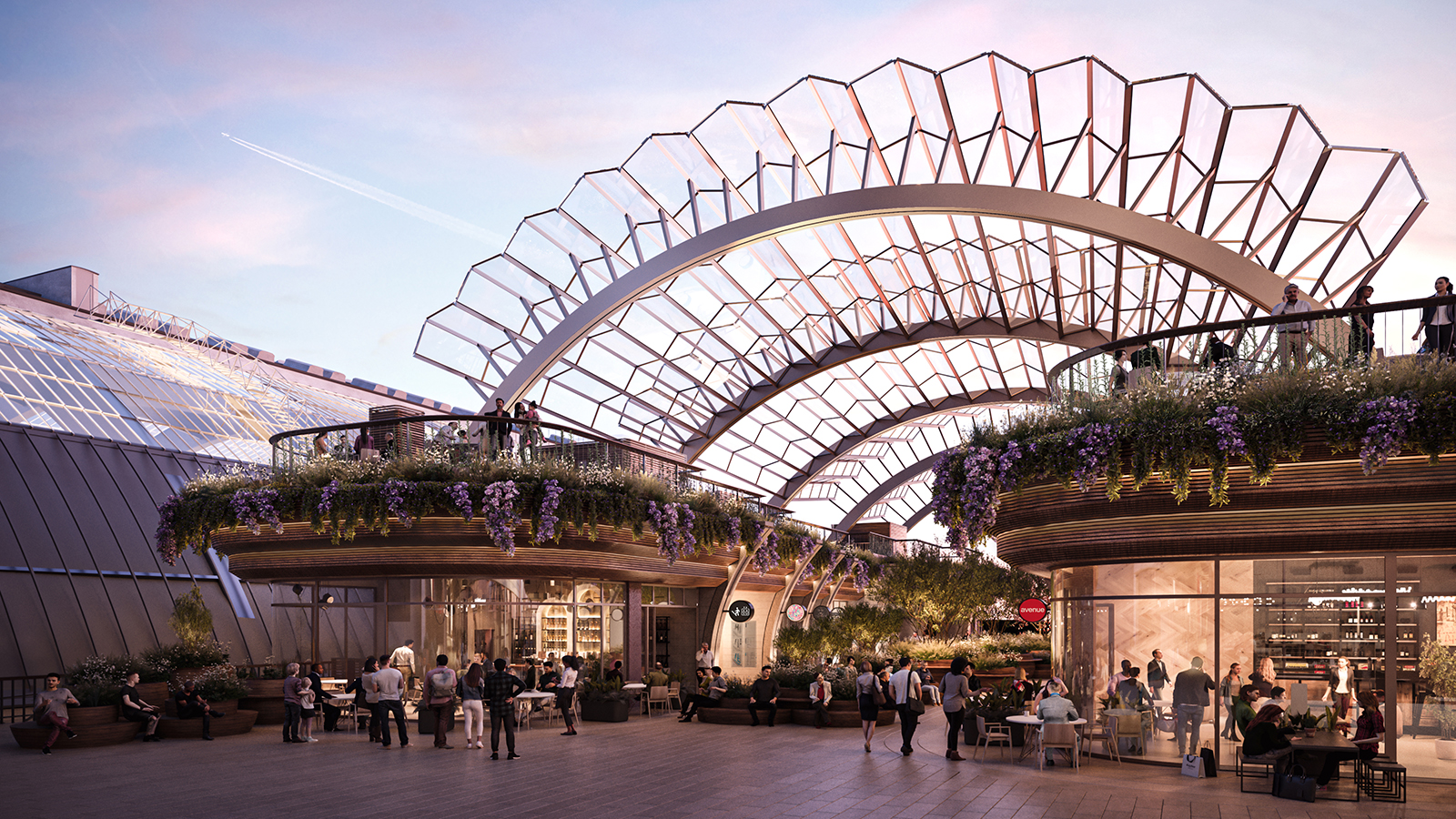 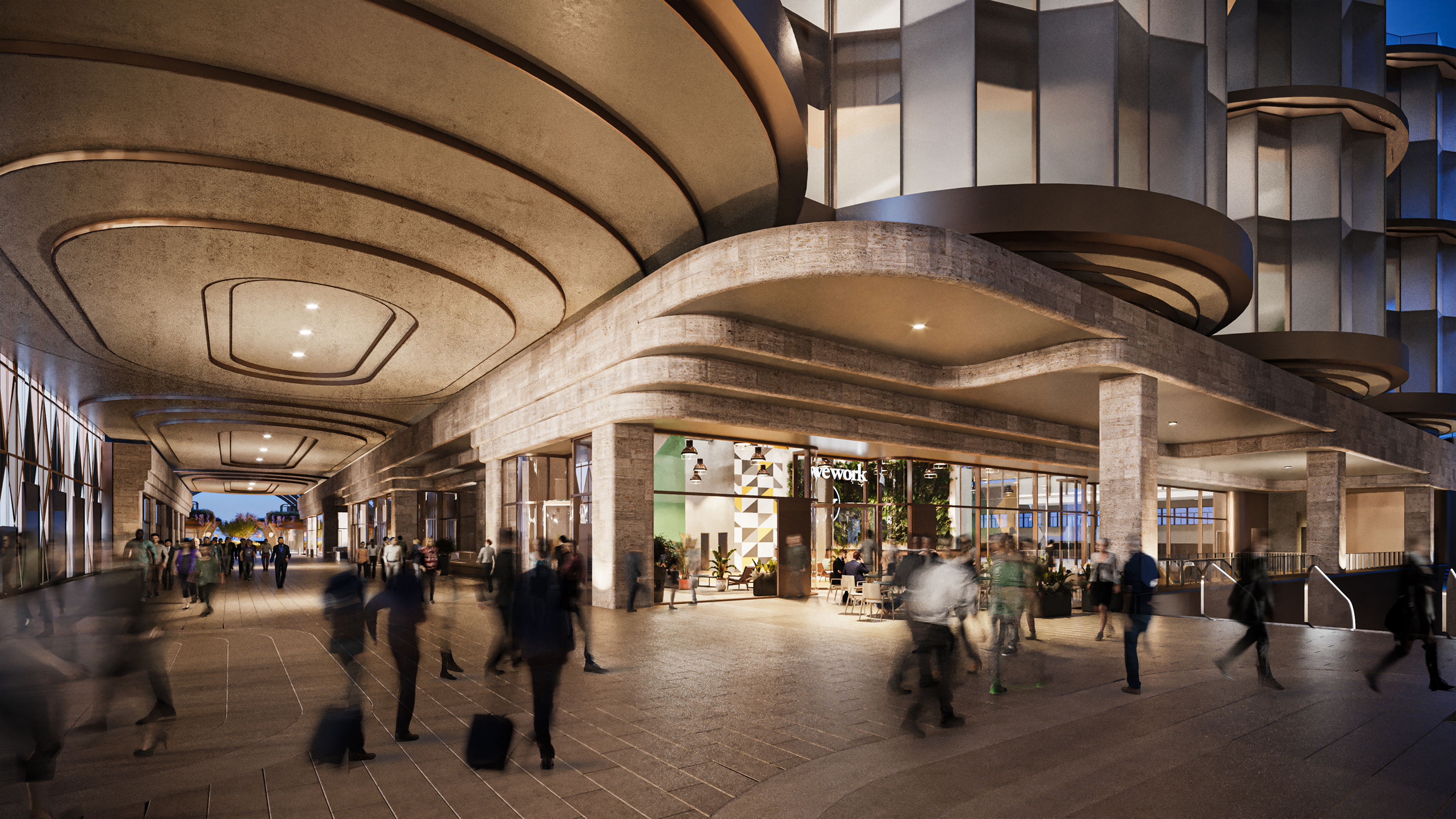 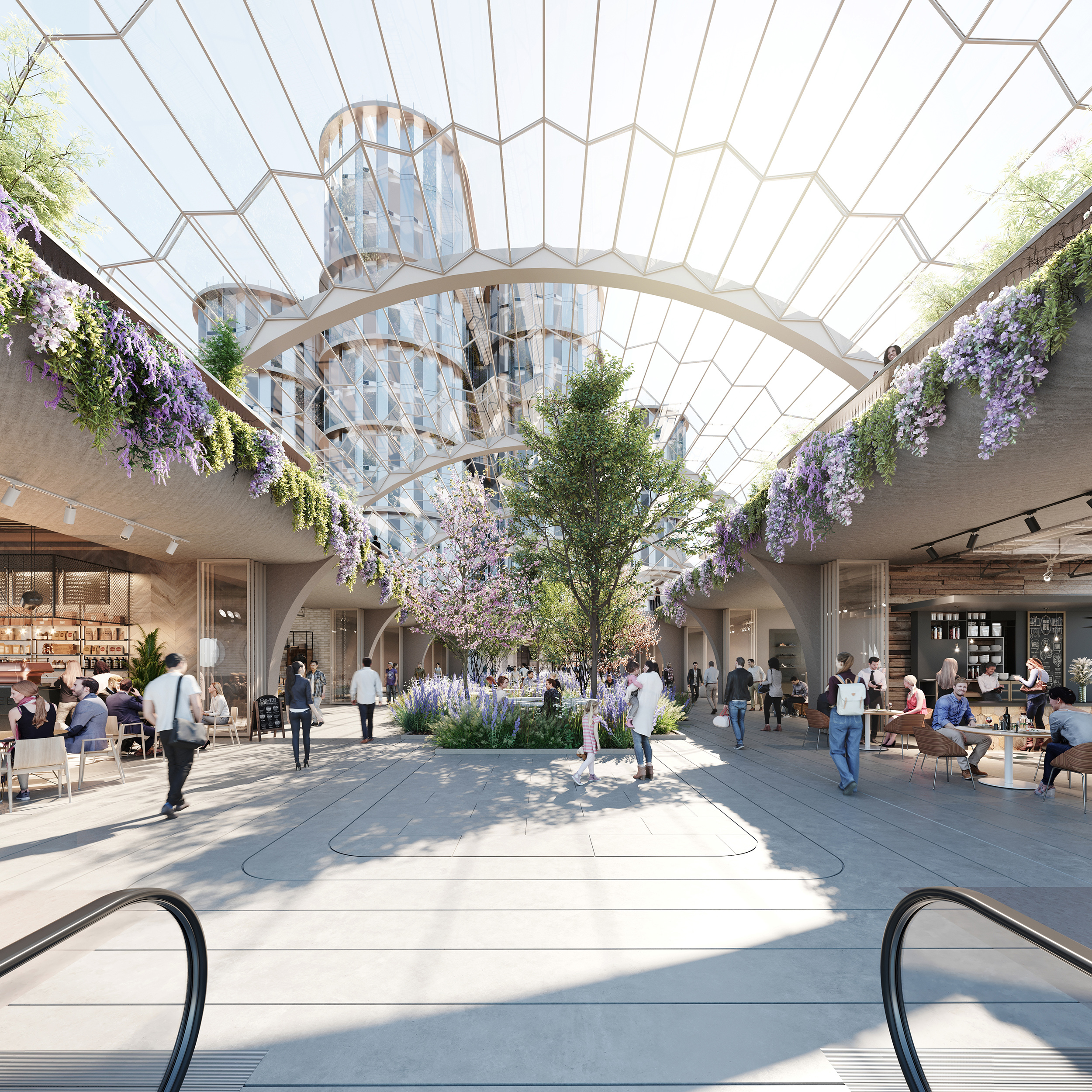 The Olympia site is colossal, popular but also rather neglected - it spans over 14 acres and currently has an impenetrable 1 km border with its neighbours. Award-winning architecture and designers Heatherwick Studio, together with SPAARC have reimagined Olympia as a new arts, entertainment and exhibition District for London. New artistic venues, cinemas, performance and rehearsal rooms and 2.5 acres of public space will ensure that Olympia is unrivaled as an entertainment destination for the next generation.

Our first challenge was technical - to receive and organise 27 highly detailed 3D models of the structures to be retained and the proposed new additions, from three different architectural and survey teams. From this, generate a fully detailed and accurate 3D representation of the entire site, encompassing materiality, lighting and landscaping.

Secondly, seamlessly mix the old with the new to communicate the vision of the project to a variety of stakeholders. Showcase the heritage of the site with the vibrancy, openness and cultural opportunities the revitalised development will bring. 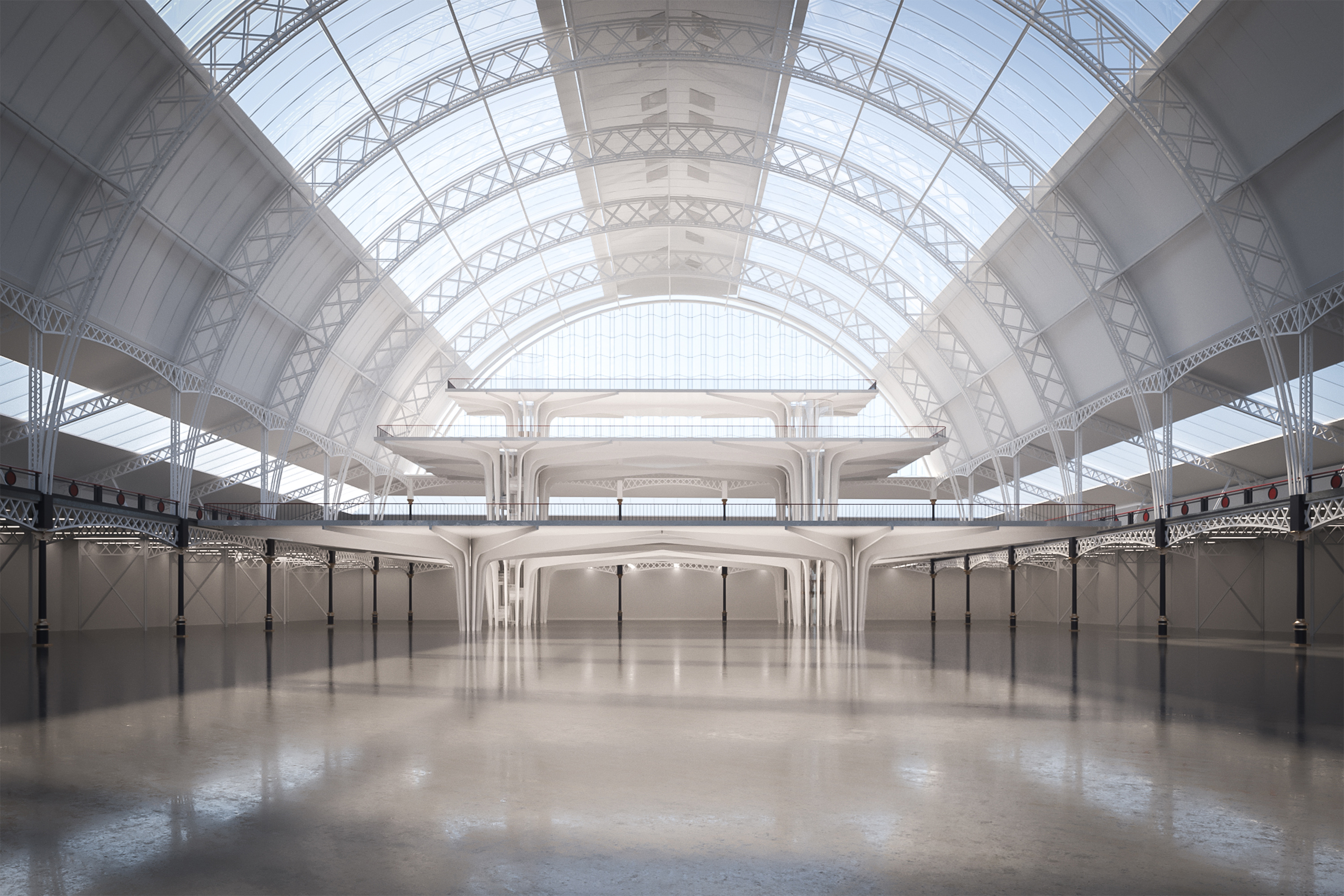 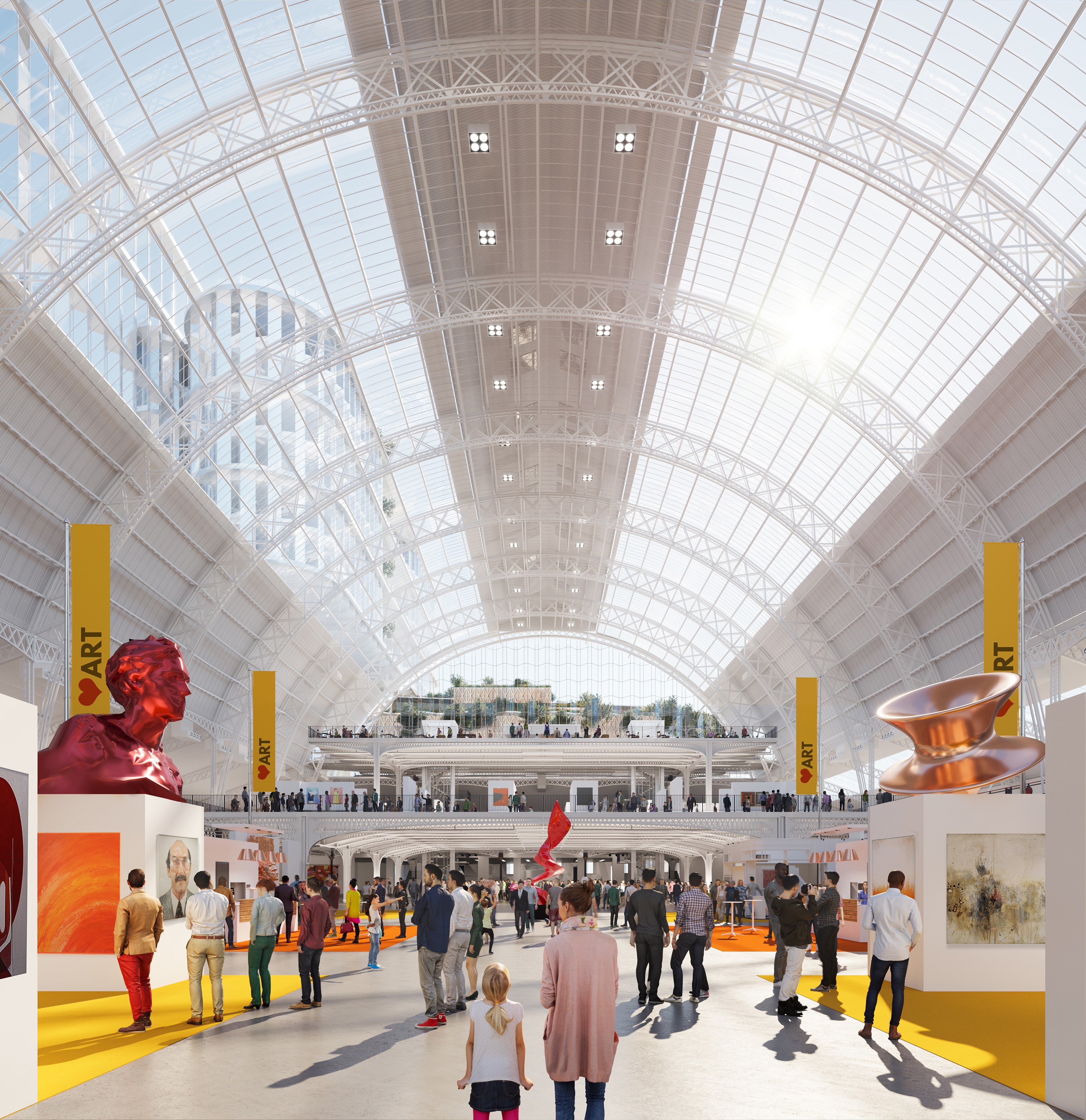 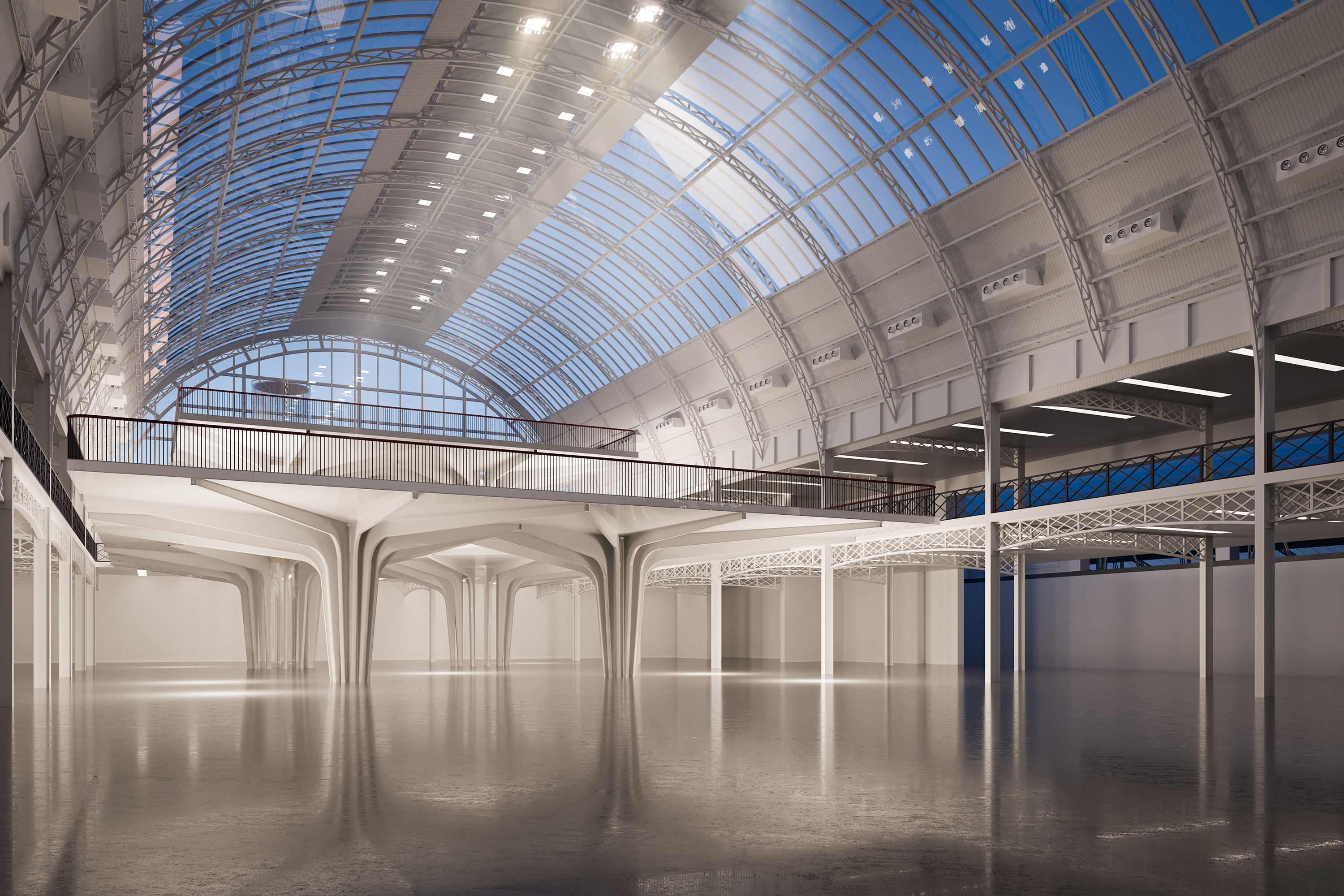 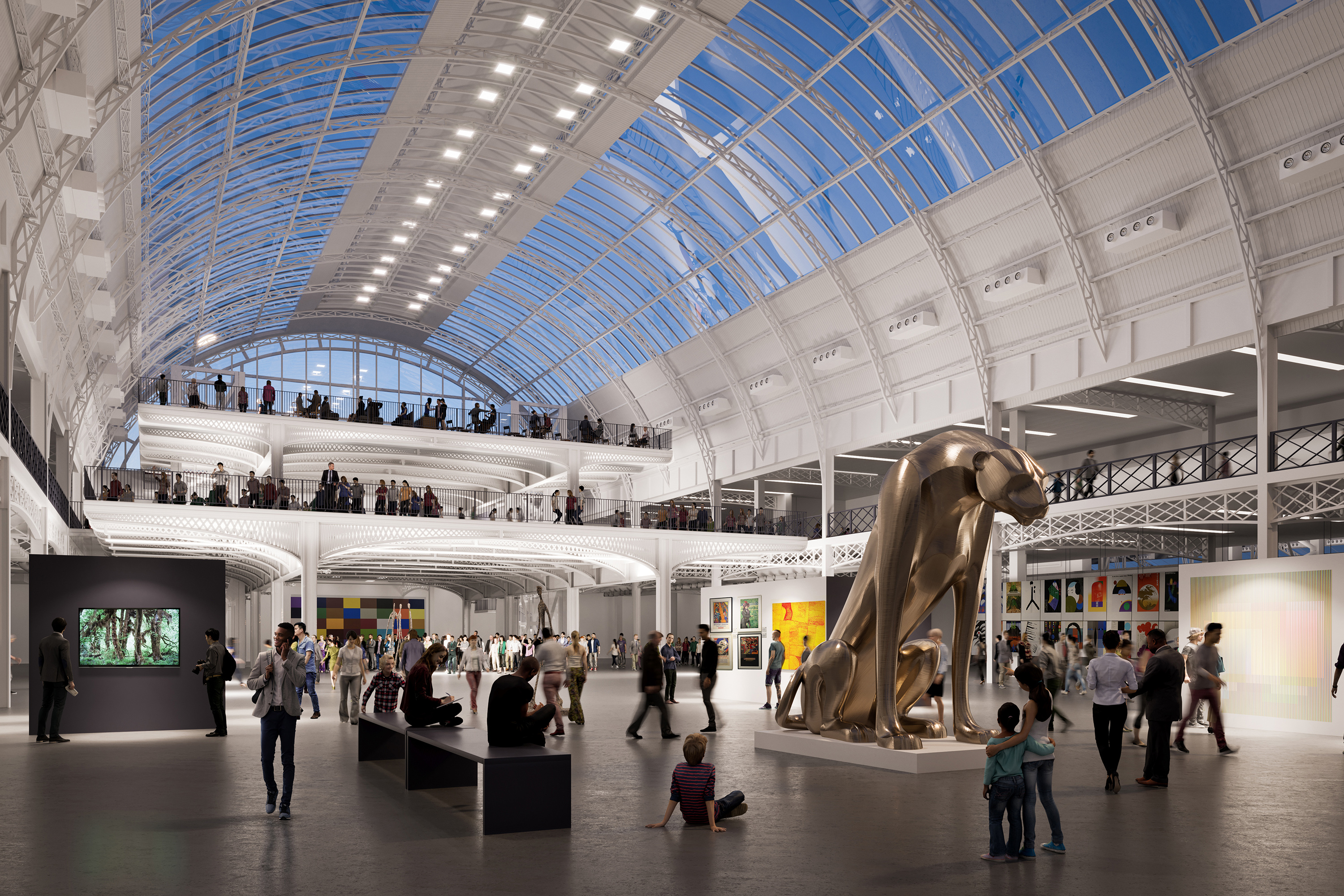 The still imagery that narrativ developed at the outset of the project clearly explained how the redevelopment fits with its neighbours. As such, this helped the client to complete the final stages of planning and raise private funding. Hammersmith & Fulham’s approval for the scheme was reported in the national press accompanied by narrativ.’s artwork of the site and the renovated Victorian exhibition centre.

Through close collaboration with an all-star architectural and marketing team, narrativ delivered an exhilarating animated film and immersive VR experience which was used by Thomas Heatherwick to launch the project at the 2019 London Design Festival. The film and VR successfully communicated a new open Olympia - light and airy exhibition halls, welcoming public realm and adaptable spaces hosting local markets, large sculptural exhibitions and film premieres. Both the film and VR have been successful in engaging the local community, businesses, visitors and other key stakeholders with the project.

Furthermore our background in interior design allowed us to build co-working spaces from a limited brief and produce a series of marketing images on a tight timeframe. This work was critical for the client to secure highly desirable tenants.

Our collaboration with the client and design teams on the Future Olympia is ongoing.

back to case studies